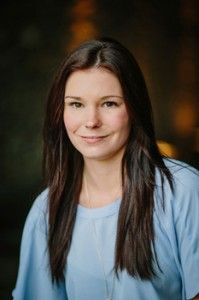 Jane graduated in 2008 from the University of Central Lancashire with a BA (Hons) Interior Design. In 2009 she began as a project development assistant at Tebay Services, assisting with drawings and specifications. In 2010 she became Head of Design, looking after all redevelopment projects. In 2013, Gloucester Services became her biggest project.

Jane oversaw the design for the entire project, including the development and management of budgets for all fit-out items. She liaised between project managers, architects, and main contractors on behalf of the client, and specified all interior finishes, including walls, flooring, and ceilings.

Jane designed and developed the detailing for all interior fit-out elements, working with sub-contractors to ensure schemes were delivered on time and on or under budget. All elements within the interior were overseen and specified by Jane including graphic design, signage, and general FFE items, such as crockery.

The Gloucester Services project was completed in May 2014 on time and on budget. At this point, having spent 18 months travelling up and down the country, she decided it was time for a change. Having gained a huge amount of experience in all aspects of commercial interior design, she wanted to use her experience to work with a greater variety of clients.